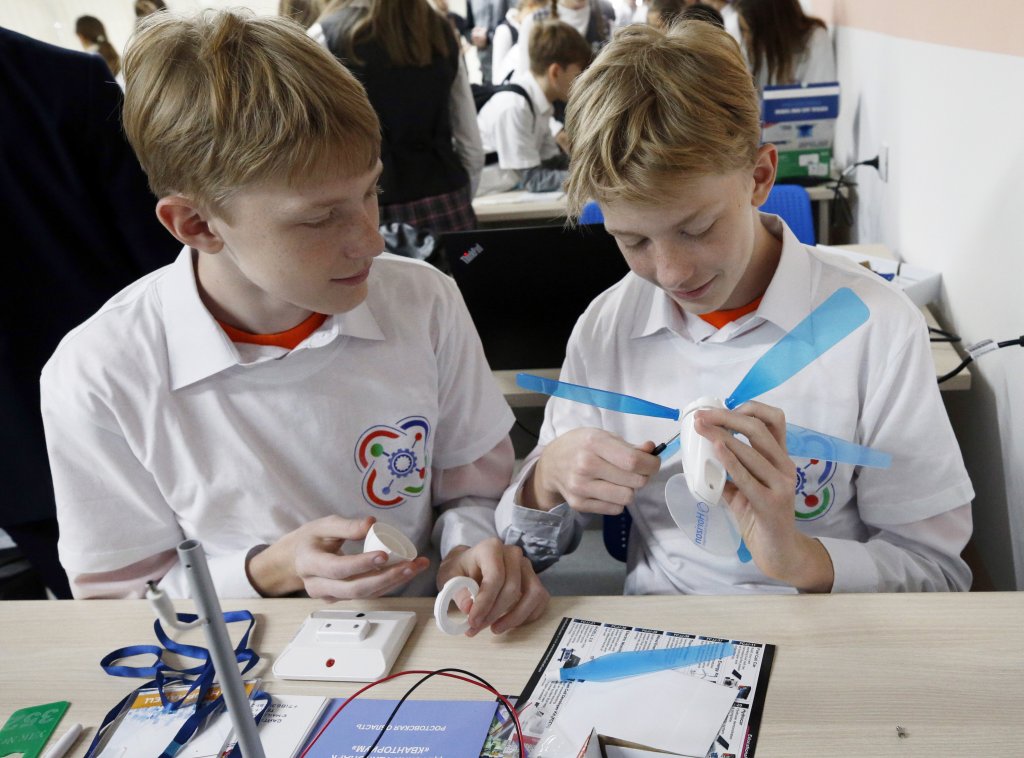 As part of the Education national project, around 20 new tech parks Kvantoriums will have been opened in 14 regions of Russia by the end of the year. This was stated by the deputy head of the Ministry of Education Marina Rakova, as the portal The Future of Russia. National Projects reports.

According to Marina Rakova, by the end of the year Kvantoriums will operate in 76 regions of the country and the network will comprise at least 110 venues. 89 Kvantorium tech parks now operate in 62 regions of Russia. Deputy Minister noted that a number of projects prepared by Kvantorium students are already at the monetization and commercialization stage, as well as are being launched in various industries, e.g. the military.

"A major outcome for me is that teenagers graduating from the additional education system make their way toward universities and choose virtually all engineering majors in higher education institutions," Marina Rakova emphasized.

The objective of Kvantorium is to create an environment for the accelerated development of children aged 5 to 18 in the scientific and technical field and building of inventive thinking in the younger generation. For this purpose, the country is developing a system of innovative platforms for children's intellectual development.

The project Children’s technoparks Kvantorium is supported by the Agency for Strategic Initiatives and is implemented within the ASI initiative “New Model of Additional Children’s Education”. The idea to create methodical model centers on the basis of children’s technoparks in the educational sector was taken as a foundation of a priority project Accessible Additional Education for Children approved by the Presidential Council for Strategic Development and Priority Projects of the Russian Federation.