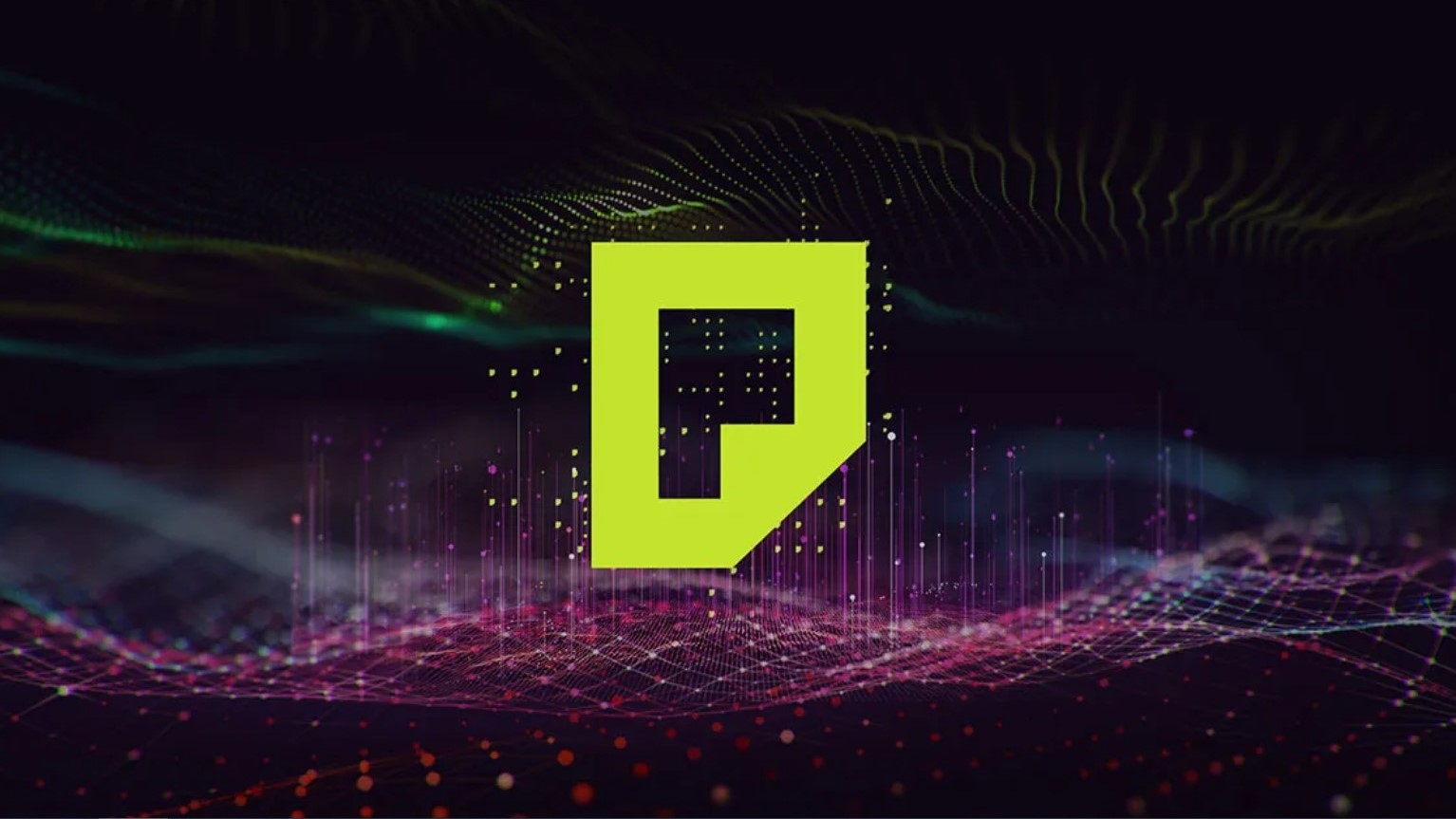 More than 565 practices and solutions capable of improving the quality of people's lives have produced the first results. Of these, 372 ones have been put into replication and 155 successfully implemented. In the one year that it has been operating, Smarteka has united on a single platform both mentoring authors and those using their expertise from 76 Russian regions.

How to personalise a kindergarten for each child, start a business, build an infectious diseases hospital in a short time, reduce perinatal mortality rates: this is just a small part of the socio-economic issues that Smarteka covers. Smarteka aggregates successfully implemented practices and promotes exchange between regional teams, business representatives, development institutions or civil society organisations. Completed projects are of particular value because they show both an action plan and a result.

As Deputy General Director of ASI and Head of the Best Practices Department Alexander Pirozhenko has noted, over a year, Smarteka has not only built an essential digital infrastructure for the selection, refinement and replication of practices, but also introduced the functions of collecting and processing replication requests, created a network of regional moderators in 85 regions, and put in place 12 expert pools by category with 300 professionals. 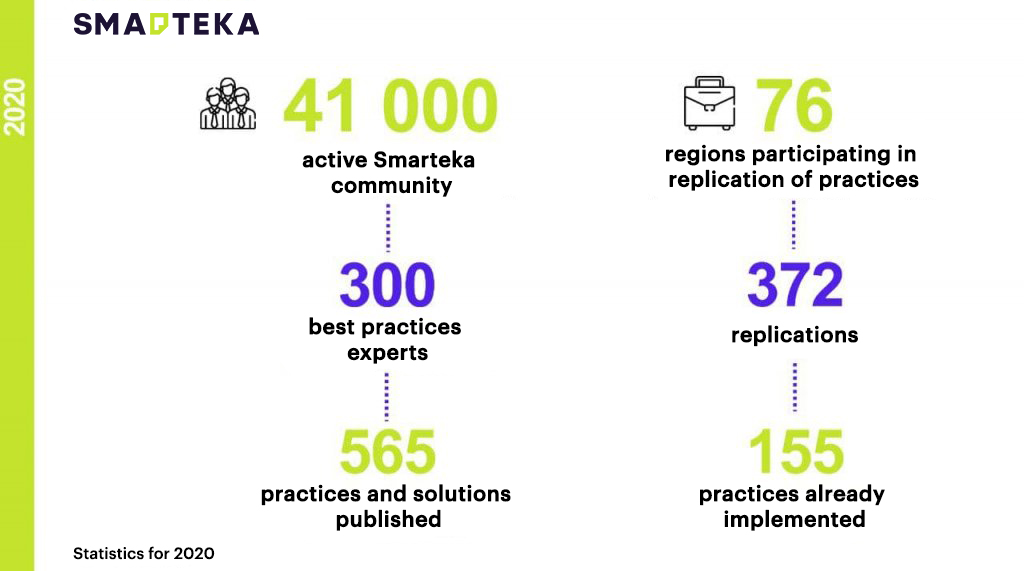 More than 50 thousand students have managed to find employment thanks to the Moscow practice Facultetus. This is essentially a Russian Headhunter for students. The practice has been introduced in 12 universities with the support of ASI. Rector of the Southern Federal University Irina Shevchenko has noted that the main advantages of the Facultetus platform are its ability to track a student's career path, form a digital footprint and search for an internship or employment through a trusted channel. It is also helpful for universities that can use the resource for free.

Thanks to Smarteka, a private clinic in Yekaterinburg introduced Regional obstetric monitoring, an IT practice from a state perinatal centre, which reduced infant mortality by 1.5 times and maternal mortality by 3 times. Dcbot, a practice from Vladimir Oblast, is an IT service for searching for foreign partners. It was introduced in the Arkhangelsk, Kaliningrad and Novgorod oblasts, and helped businesspeople to not only enter the foreign market even during the period of closed borders, but to also find from 50 to 100 potential buyers over an average period of 10 days.

Green Path, a business practice from Tula Oblast for the creation of environmental glamping sites in protected areas, has been introduced in the Kamchatka and Krasnodar krais, the Moscow, Orenburg and Ulyanovsk oblasts, and the republics of Bashkortostan, Sakha (Yakutia) and Tatarstan. About 10 new ecological facilities became available in less than six months. There, more than five thousand people were able to rest comfortably without harming nature.

Smartek also has major projects for the healthcare sector. An example is a project for the construction of a clinical diagnostic infectious disease centre within 55 days in the Republic of Bashkortostan. Following the example of the Bashkir project, a hospital in Chelyabinsk has already been built in 74 days.

The largest number of practices hosted on Smarteka is now being implemented in the Chelyabinsk Oblast, the Republic of Buryatia, Kamchatka Krai, the Novgorod Oblast and the Sverdlovsk Oblast. As Head of the Chelyabinsk Oblast Alexey Teksler has noted, practices that are now prioritised in the region are those that are aimed at improving the quality of people's lives and creating a favourable business climate in the region. Head of the Republic of Buryatia Alexey Tsydenov has said that the region is introducing useful solutions in the field of volunteering, education, medicine, tourism and investment climate improvement.

Moscow, the Lipetsk Oblast, the Republic of Tatarstan, Krasnodar Krai and St. Petersburg have proven to be efficient mentoring regions. Additionally, President of the Republic of Tatarstan Rustam Minnikhanov has highlighted that the work of the management teams at Smarteka is expedient and efficient, “First, we save time, not spending it on maturing the solutions, and secondly, we eliminate risks during implementation”. Head of the Lipetsk Oblast Igor Artamonov believes that Smarteka allows not only to share the best regional practices in the field of socio-economic development, but also to receive feedback.

Some regions have played two roles at the same time. For example, Novgorod Oblast. According to head of the region Andrey Nikitin, replication of practices helps improve the quality of people's lives, develop tourism and build the infrastructure in the region.

Alexander Pirozhenko has noted that the practices that were introduced this year will be updated and refined when it comes to "planting" them in different soil, adapting and obtaining results. “Next year we are moving away from pilot testing, which has already proven to be efficient, to a more systematic replication. We will focus on fundamental and complex practices that can produce a more significant socio-economic effect. We are setting a course for refined practices and a targeted, customer-oriented search on demand. In other words, we will search for the most relevant and sought-after topics. We will not disregard the development of the expert community, as we see the need to include experts and representatives of development institutions in the replication process," Alexander Pirozhenko concluded.