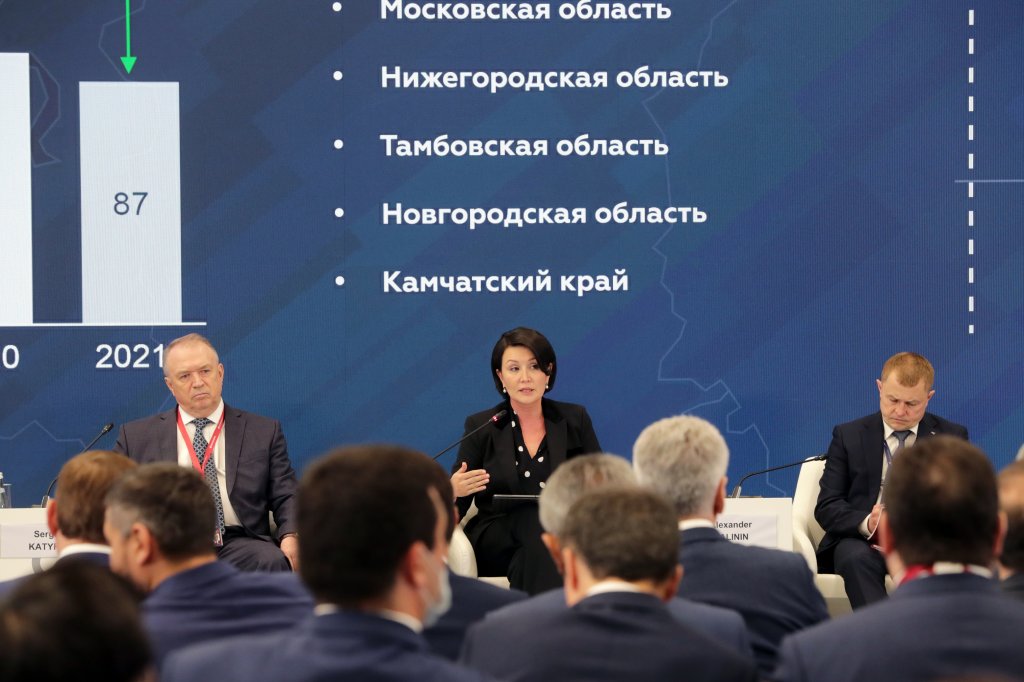 Representatives of the regions that took the first 12 places in the national investment climate ranking told which activities had been carried out to achieve such results. In total, this year's ranking includes 29 places.

Moscow Mayor Sergei Sobyanin explained how the capital managed to regain first place in the ranking. According to him, this was facilitated by the "unprecedented business support program" implemented by the decision of the President of Russia. It also includes five packages of Moscow support measures related to lease terms, property payments and preferential loans.

Sergei Sobyanin noted that the support measures could not help hundreds of thousands of enterprises without disclosure of the economy and constant development of the city. During the pandemic, Moscow did not stop programs for the development of healthcare, education, transport and municipal infrastructure. This will give an additional boost to the development of these business sectors in the future and attract new investments.

The Governor of the Tyumen Region, Alexander Moor, noted that the region was able to take the third place in the ranking due to its relations with business associations and entrepreneurs of the subject, as well as through extensive regional support measures. According to the head of the region, in 2020, the authorities of the Tyumen region reduced all regional and municipal taxes to the lowest values. As an example, he cited the simplified system of income taxation – the authorities lowered the rate from 6% to 1%.

The Head of the Tula region, Alexey Dyumin, said that in order to get the fourth place, the regional authorities "took a big risk and did not stop any production." The regional administration gradually introduced support measures for businesses, allocating more than 3.5 billion rubles from the regional budget. The Governor also proposed to extend some benefits for residents of the Priority Social and Economic Development Areas (PSEDAs), noting that they also affected the results of the ranking.

Bashkiria was in the top five of the national ranking this year. The Head of the region, Radiy Khabirov, stressed that in 2020 the Republic worked closely with ASI and implemented all the recommendations of the agency. Also last year, Bashkiria became one of the pilot regions where the National Social Initiative, developed by ASI, was implemented.

According to Radiy Khabirov, last year the authorities of the Republic adopted three packages of support measures totaling more than 36 billion rubles and were able to help 50 thousand businessmen. The regional authorities also provided tax holidays and benefits for entrepreneurs, allocated new grants and subsidies. To work with businessmen in the Republic, "Investment Hours" and "Entrepreneur's Hour" are being held. In addition, the institute of business sheriffs was introduced in Bashkiria: these are the deputy heads of municipalities, who are only engaged in supporting entrepreneurship.

The moderator of the session, First Deputy Prime Minister Andrei Belousov, asked ASI to analyze this experience, "because it deserves to be distributed and extended." According to him, this institute is one of the main components of the success of Bashkiria in this year's ranking.

The Governor of the Nizhny Novgorod region, Gleb Nikitin, whose region took the sixth place in the ranking, said that in the region there was a similar practice – the institution of investment commissioners, "actual assistants to entrepreneurs on sites, in district administrations." To achieve high results in the ranking, the region reduced stress on business, introduced an information system for ensuring urban planning activities and digital solutions, which, for example, made it easier to obtain a construction permit, to access the networks.

"The next step is full platform digitalization. Thanks to ASI and Best Practices, we decided to integrate into the Fasttrack Platform from Tatarstan," Nikitin said.

Deputy Prime Minister Marat Khusnullin, while speaking about the impact of the construction industry on the formation of the national investment climate ranking, noted that in this area 3 thousand standards hindering business were canceled last year. More than 3.8 thousand standards were canceled on June 1, and now we are working on cancelling another 2 thousand standards. As a result, there will be only about 2 thousand standards in the country, which "clearly affect the safety of the operation of buildings," Khusnullin said. The Deputy Prime Minister added that last year 72 laws were amended, 100 regulations were issued, which freed the construction business from unnecessary restrictions.

Sakhalin took the eighth place in the national ranking. The Governor of the region, Valery Limarenko, noted that the region had achieved such a result thanks to ASI, which "bit by bit" accumulated best practices and allowed the regions to use them. According to him, during the coronavirus pandemic, Sakhalin lost 44 billion rubles from the oil business, but at the same time it was possible to attract 22 billion from the non-oil business, and this, according to the Governor, was a factor in the development of investment activities. Valery Limarenko also spoke about the creation of a "single window" for connecting to networks for investors. In it, you can track all the stages of connection, and in the event of a failure, you can intervene and correct the situation. In addition, the Governor announced the creation of a risk-investment management system on Sakhalin, which received all information about investment risks.

The Head of the Crimea, Sergey Aksyonov, said that the support of Russians was the main factor in the success of the region in the ranking of the investment climate. Crimea was 11th in the ranking. Aksyonov said that an important driver and impetus for the development of the peninsula was the federal target program for the development of the Crimea, as well as support for business during the pandemic and a large flow of tourists to the region.