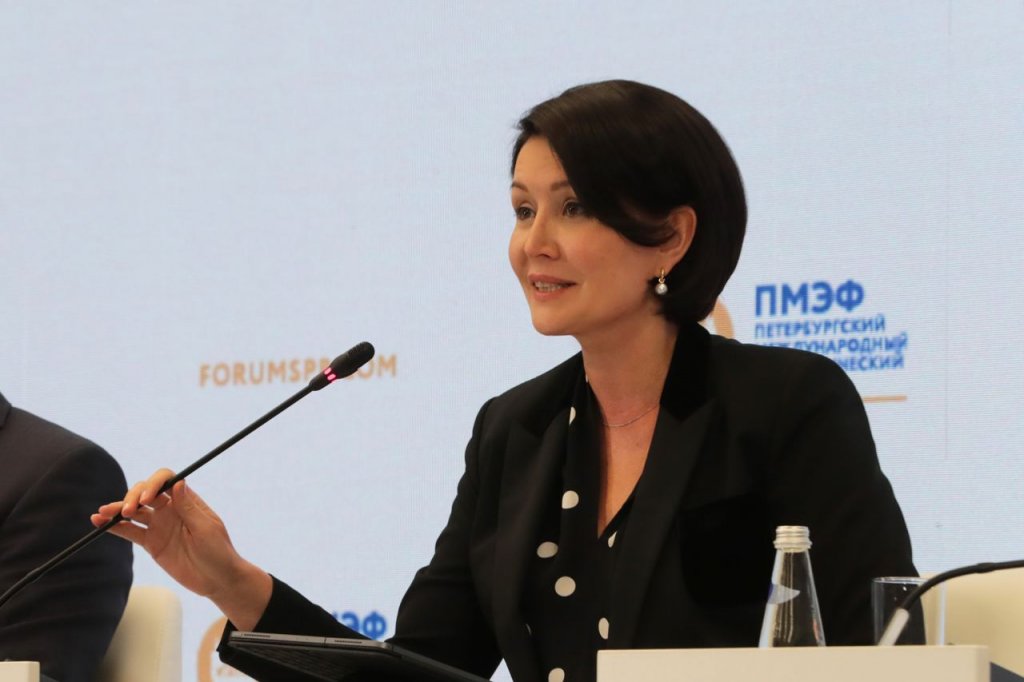 The St. Petersburg International Economic Forum (SPIEF 2021) hosted a panel session "The Progress and Challenges of Integration within the EAEU and the New Development Paradigm". The session participants discussed the EAEU strategy developed until 2025 and ways to expand integration cooperation.

Svetlana Chupsheva, ASI Director General, said that the practices developed by the agency for the Russian regions could be adapted for the EAEU countries.

"We often work with the members of the Economic Union, but the support should be comprehensive and cover all member countries. Today we have published the results of the national investment rating, and during its existence we have noted its effectiveness – a direct channel of interaction between government and business has been developed. We are ready to create similar ratings for the entire territory of the EAEU, so that entrepreneurs working in this region know the "rules of the game" and have equally comfortable conditions for implementing their ideas throughout the Union," she said.

Svetlana Chupsheva also expressed readiness to share the methodology of the quality of life ranking with the EAEU, and also offered to exchange best practices between the countries: agency’s Smarteka platform can become the basis for such practices.

"The platform presents several hundred of the best solutions – in fact, these are ready-made roadmaps that can already be implemented in the regions," Svetlana Chupsheva said. As an example, she cited the practice of recognizing the Braille letters "AngelineBraille Reader", which is already asked to implement and adapt by the two EAEU member states. In addition, when talking about the creation of common conditions in the labor market in the EAEU, it is necessary to take into account the practice of WorldSkills movement.

"The work that the agency is doing on training personnel for IVE can be carried out in neighboring countries, and we are ready to share technologies. By implementing international standards, organizing demonstration exams and opening advanced training centers in the regions for the required skills, we create highly effective personnel necessary for each of the economies of the EAEU countries. You also need to deploy WorldSkills activities throughout the Union," Svetlana concluded.

Deputy Prime Minister of Russian Federation Alexei Overchuk said that the equalization of economic conditions in the EAEU countries will help to reach a new stage in the development of the union.

"The strategy of the EAEU, developed until 2025, will allow us to move from the customs union to the economic union. What we will focus on now is to refine it so that we really have common markets, common energy markets — this is the most difficult part," he added.

According to him, it will be necessary to make every effort to ensure that the economic conditions in the EAEU countries are aligned. "And if we have it, then we can move to other common markets. This requires a higher level of integration. We are moving towards this," he said. Overchuk said that the union brought great benefits to its participants: for example, the trade volume of Armenia had increased three times, and in Kyrgyzstan – one and a half times for five years of membership in the EAEU.

The President of the Russian Union of Industrialists and Entrepreneurs (RSPP), Alexander Shokhin, in turn, spoke about the successes and noted the priority areas of cooperation between the EAEU countries.

"If we record the achievements of the EAEU, they include the creation of a single customs space, providing citizens of the member states with opportunities for a comfortable common labor market, the creation of common institutions (the Eurasian Development Bank, the Eurasian Fund for Stabilization and Development), simplified technical regulation within the EAEU, which is carried out on the basis of modern technical regulations," he said.

According to Alexandr Shokhin, from 2007 to 2019, the share of mutual trade in the total trade of the EAEU has been growing steadily, from just 1% to 8.5%. In relative terms, this is comparable to, and even higher than, many other regional trade agreements in both the Eurasian and American continents. Head of the RSPP called cooperative projects, resource support, and building up information and expert activity promising areas of cooperation. Nevertheless, the problem of investment is particularly relevant for the EAEU.

"Investment cooperation, unfortunately, lags behind the trade growth rate. The share of foreign direct investment is only 2.3%. I cannot say that the business community actively and successfully cooperates with the Eurasian Economic Commission," Alexander Shokhin added.

Chairman of the Board of the Eurasian Economic Commission, Mikhail Myasnikovich, said that by 2025, all the goals stated in the agreement on the creation of the EAEU should be achieved. If we talk about the directions, the indicators for trade are fulfilled by 75%, for the labor market – by 60%, for the financial market – by 40%.

"About 250 acts have been executed, and regular meetings are held with representatives of the business community to understand what initiatives and proposals should be made. Speaking about the strategy, it is a modern document that defines the priority areas of cooperation," Myasnikovich noted.

He also spoke about the special food and industrial reserve funds to combat rising prices on domestic markets, which are planned to be created in the EAEU.

"We are currently working on new approaches that relate to the creation of insurance and reserve funds. The point is that the states should have a certain reserve, which will be open to all members of the union. It will be formed taking into account the opinions of the parties, and a special management company will be created. If necessary, it can be used for commodity interventions or to meet the needs when the market requires additional volumes. This applies to food. So far, we believe that it would be necessary to work on grain, meat and milk," Mikhail Myasnikovich said.