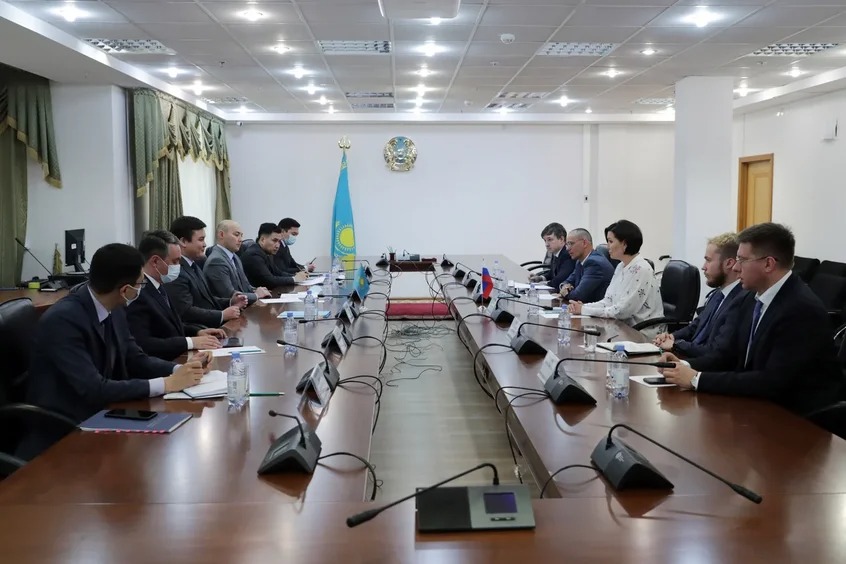 Joint activities of the agency and the Republic were discussed by ASI Director General Svetlana Chupsheva and the Minister of National Economy of Kazakhstan Aset Irgaliyev.

The parties considered the possibility of sharing the experience of the countries in improving the investment climate, business development institutions, as well as the strategic planning of the state.

Svetlana Chupsheva spoke about ASI’s initiatives aimed at increasing the investment potential of Russian regions and the principles of forming an appropriate national rating.

She paid special attention to the work of Boiling Points – public spaces where the government and business can discuss issues that arise during interaction. Now the Russian network consists of 115 such spaces. The first foreign Boiling Point will open on June 15 in Almaty.

"I am sure that Boiling Point in Almaty will become an effective dialogue platform for the exchange of views and experience between representatives of the state, business and expert community, opening up new ways to solve topical issues of economic development in the new reality," Svetlana Chupsheva said.

The Minister of National Economy of Kazakhstan noted that the Republic is interested in studying the Russian experience of attracting investment. According to him, the country is aimed at creating the most favorable conditions for doing business. Investors are provided with tax incentives and grants-in-kind. In addition, entrepreneurs enter into an investment agreement, which legally fixes all agreements between the state and the investor.

"Our strategic goal is to increase the volume of foreign investment to $30 billion a year by 2025. This will ensure the level of investment in fixed assets at the level of 30%," Aset Irgaliyev said.