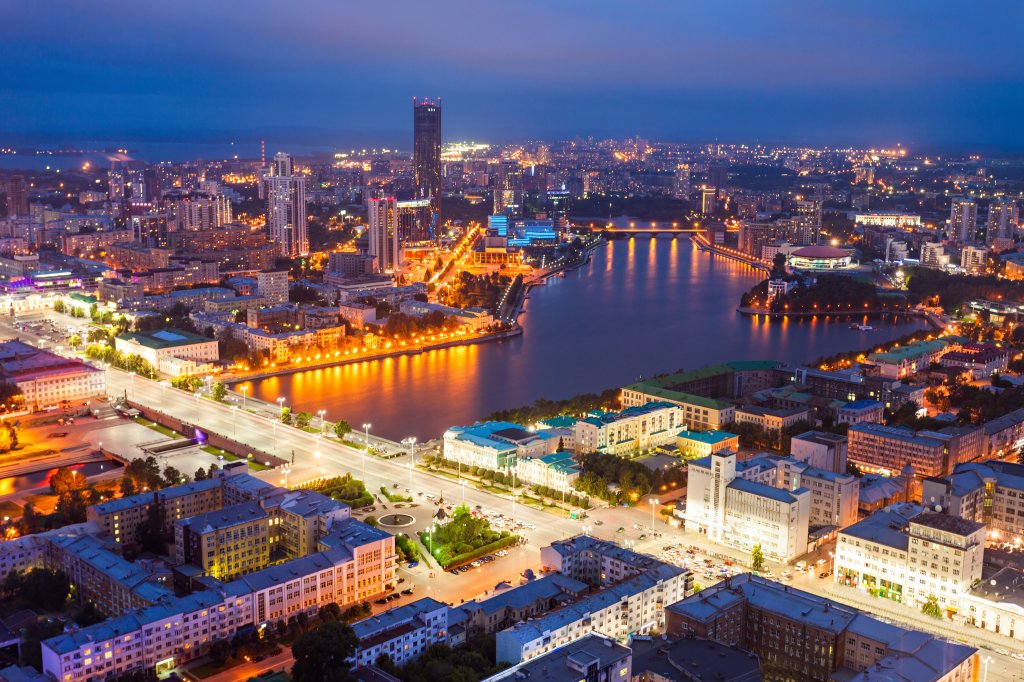 Svetlana Chupsheva (ASI Director General) announced it at the meeting of the working group on development of the ecosystem of creative entrepreneurship and the service economy in Russia. The meeting was held at the International Festival of Creative Industries in Khanty-Mansiysk.

According to Svetlana Chupsheva, the growth rate of creative industries in the global economy is 15-20% annually.

“748,000 companies of creative industries are operating in our country, generating 3.2% of the total revenue of all organizations,” said the ASI head. “Creative industries employ almost 5% of the total number of employees, the contribution to the economy of cities makes up 1% to 18% of GRP. These are the prerequisites that give us the opportunity to create conditions for the development of human resources, the formation of the necessary infrastructure and support for creative projects.”

It is important to create centers of creative industries not only in large cities, but also in small localities. “It will enable creative people to implement their projects and ambitions locally and not to leave their residencies searching for a convenient ecosystem,” ASI Director General said.

In September Russian government approved the Concept for the Development of Creative Industries till 2030. Svetlana Chupsheva mentioned what ASI is already doing to support creative industries:

The Agency holds the event jointly with the Roscongress Foundation. The Forum will become an annual event, with one of its objectives being the support of new proposals from entrepreneurs for the development of creative industries and small towns.

Thanks to the efforts made, creative spaces were formed in 10 pilot regions on the site of abandoned factories.

“For us, this is an opportunity to see what kind of infrastructure and support measures are required, what changes the regulatory framework needs to make the models for establishing creative clusters sustainable,” Svetlana Chupsheva said. “We have already submitted a package of such proposals to the Ministry of Economic Development and are working on these issues with colleagues at the moment.”

The Agency organizes a training program together with the Innosocium Foundation, a social platform of the Roscongress Foundation. According to the ASI head, this format of work will become permanent.

“The accelerator is both an educational program, a competence center, and a gathering platform for interdisciplinary teams at the level of cities, regions and at the federal level,” Svetlana Chupsheva said. “If we are talking about creative industries – they are not only about creativity, the creation of a product or service, but also industrial manufacture, production, marketing, collaboration with international experts who identify development trends and will help teams find their niche in the market.”

Svetlana Chupsheva added that the working group on the creative industries development has to become a methodological and expert center that will contribute to the formation of requests for changes in legislative regulation and support measures.

Elena Marinina, the head of this working group (Director of Innosocium Foundation) Roscongress Foundation’s social platform, noted that the working group will make its proposals for the law on creative industries, which is currently under development.

“It is necessary to create a methodology and criteria for assessing creative industries, identify current development barriers and ways to overcome them, outline both financial and non-financial measures to support projects, compile a list of priority development directions for regions, form an international ecosystem for sharing experience and practices, collect the best global trends and create methods for training creative personnel,” Elena Marinina added.

1.5 million students are studying at universities in fields connected with creative industries at the moment. This is about 40% of all students in the country.

“At the same time, there is a significant gap in the understanding of technology and modern methods in developing creative products between the teaching staff and students,” said Elena Druzhinina (Deputy Minister of Science and Higher Education of Russia). “There is an urgent need to attract practical teachers. The Ministry of Higher Education and Science has already completed updating educational standards to meet professional standards.”

“There are plans to train ‘creative’ personnel at all levels of education in the Khanty-Mansi Autonomous Okrug-Yugra: next year a School of Creative Industries will be opened in the region,” Governor Natalia Komarova said. The school will train future directors and artists, among others.

The participants of the meeting noted that the Khanty-Mansiysk Autonomous Okrug-Yugra is the first region with implemented law on creative industries. The initiative made it possible to consolidate the efforts of the public, representatives of the creative business community and local governments to form an ecosystem of support and development of creative industries, the key links of which today are art residences in Khanty-Mansiysk, Nizhnevartovsk, Nyagan and Surgut.

Following the results of the working group meeting, the formation of a creative projects database is to be taken into account the best practices in all sectors of creative industries, providing access to entrepreneurs, NGOs and representatives of regional management teams to a unified service for the proposal, search and selection of practices, to expert recommendations for the dissemination of successful experience was named among the priorities.

It is noted in the final resolution of the working group that there is a need to combine innovation and tradition as a single concept for the development of creative entrepreneurship in the territories of traditional nature resource use. Special focus was on the fact that the efforts to revive the national traditions of the indigenous peoples of the North, preserving the historical heritage of the region, supporting the integration of people with disabilities into public life, the revival of local identity in the younger generation hinges on economic growth and development of creative industries in the region.