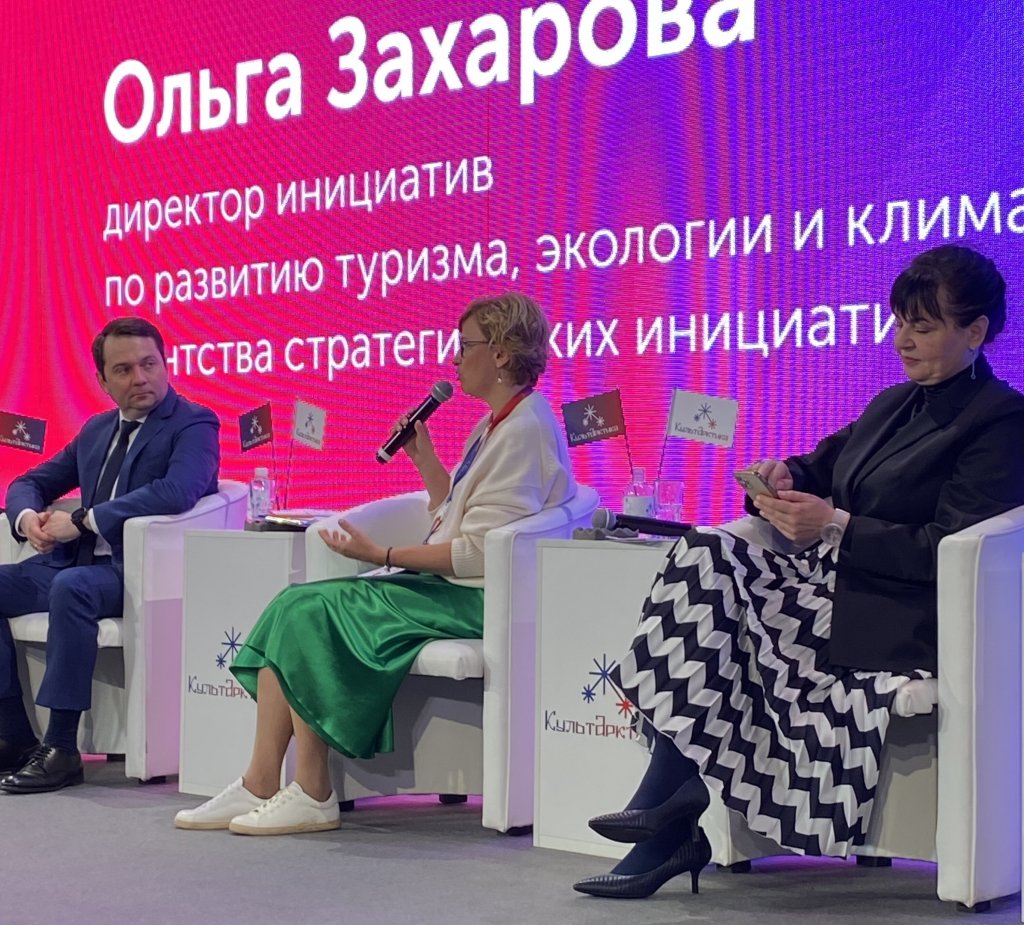 The Murmansk and Arkhangelsk regions and other Arctic regions, which participated in the seed accelerator of the Agency for Strategic Initiatives (ASI) in industrial tourism, have significantly advanced in creating fundamentally new travel products based on the Agency’s methodology. This was told by Olga Zakharova, Head of Initiatives for Tourism Development, Ecology and Climate, ASI, at the CultArctic Forum in Murmansk.

She gave an example of the Shipbuilding Cluster of the Arkhangelsk Region. They invite tourists to contribute to building a real Pomor koch; such ship gave rise to the Russian fleet. The Arkhangelsk shipyard revives and develops crafts of wooden shipbuilding and is preparing interregional trip routes along the Arctic coast to popularize life in the north.

In addition, development of travel programs at the Murmansk Port is one of the goals set by the Murmansk region. The New Murmansk project, which is being implemented in the port’s trade terminal, will cover tourist infrastructure and travel programs. It is developing with the participation of ASI experts who have elaborated a methodology for the development of industrial tourism and offers an opportunity to see the port and the shipbuilding plant from the water in addition to the terrestrial route.

“The team of the Murmansk region, together with the travel business community, are choosing a development direction and focusing on specific things to pinpoint those locations that have a need in accommodation and other tourism facilities. This approach is consistent, with the attention to details. It provides a reliable foundation to implement the most daring and exciting travel projects,” Olga Zakharova said.

The Arctic routes in the Arkhangelsk region (the Northern Canyons), the Murmansk region (the Non-Tourist Kola Peninsula and Traveling to the White Sea) and in Karelia (the Reserved North), which were created last year during the ASI-sponsored Discover Your Russia national project, look seamless in the ‘maritime’ agenda. As said by Olga Zakharova, they broke all stereotypes about northern tourism, including sea traveling.

“Arctic sea travels are especially topical today. According to statistics, the regions of the Russian Arctic welcome 6,600 cruise travelers annually and this is only 0.5 % of the total tourist flow to the Russian Arctic. At the same time, the never frozen Murmansk Port has always been a starting point for expeditions and cruises along the Great North Trail. This is a potential growth point for the region as yacht and cruise tours are, of course, the products that travelers will certainly buy, although this requires infrastructure, such as parking lots, refueling stations and berths,” Olga Zakharova said.