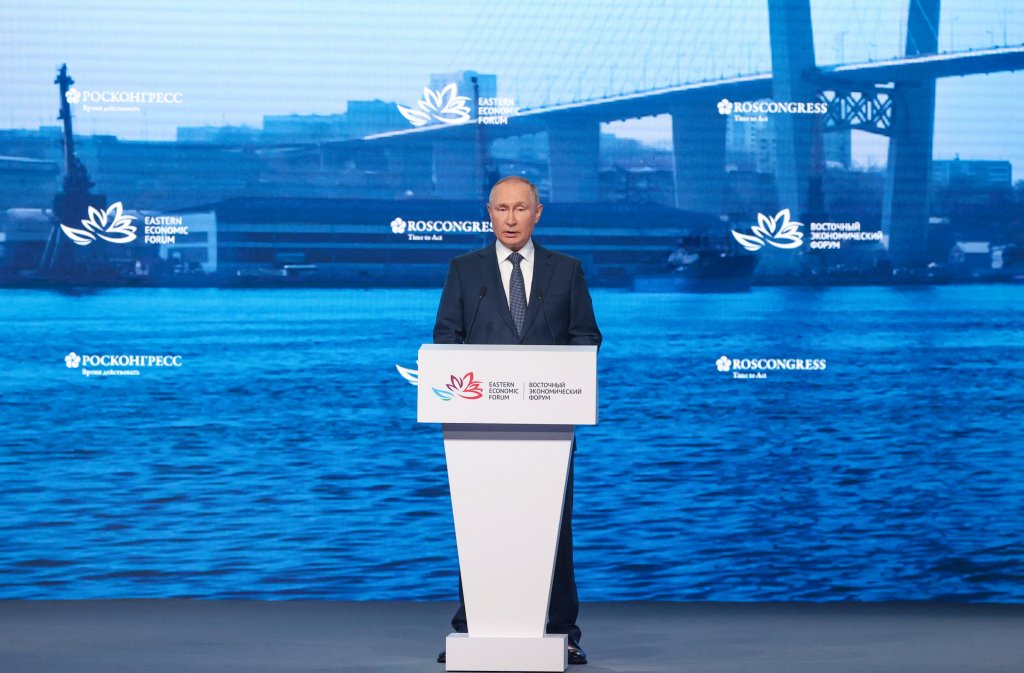 At the plenary session of the Eastern Economic Forum (EEF 2022), President Vladimir Putin said that the support of the Agency for Strategic Initiatives (ASI) helped the Earn Together project to be piloted in the Sakhalin Region.

"The regions of the Far East propose their initiatives for the development of professional careers. For example, with the support of the Agency for Strategic Initiatives, the Earn Together pilot is being launched in the Sakhalin Region to create a market for transparent investments to the careers of citizens. It helps to have free additional training and career guidance, as well as get help in starting the business. Based on the results of the pilot project, we will think about its replication," the Russian president said.

The Earn Together project is a finalist of the Powerful Ideas for the New Times Forum. Its goal is to create the country's first unique platform for returnable investments in career building. The main mechanism will be the "get services for free now – pay later" model: due to the division of part of their future income, a person will not have to make an advance payment for training. The project is being implemented by ASI jointly with WorldSkills Russia, the Government of the Sakhalin Region with the support of the Ministry of Labor of the Russian Federation.

Robert Urazov, Head of HR Potential Division, Director General of WorldSkills Russia, said that the Earn Together project increases personnel potential rather than just redistributing it.

"For citizens participating in the program, the end result is not a diploma or a job guarantee, but an increase in income. It is this parameter that is stipulated in the contract at the start of training. In addition, the project involves new actors and extra-budgetary funds in the field of personnel training. This implies a new degree of responsibility for our country for all participants – applicants, educational institutions, employer and investor. We are sure that such formats are the future of additional professional education not only in the Far East. This is a new type of contract – a career development contract," Robert Urazov explained.

As Deputy Governor of the Sakhalin Region Vyacheslav Alenkov noted earlier, the region faced the challenge of creating dozens of new high-tech jobs in the coming years, so it was important to train personnel and motivate them to stay in the region. "The project is a serious mechanism for involving both business and citizens, who are ready to develop," Vyacheslav Alenkov stressed.

In addition, ASI and partners are now forming a group of regions that can join the project with the support of the Ministry of Labor of Russia.

"The employment service in the country as a whole is now focused on an personalized approach to the career of each applicant. We are actively extending the set of tools that are available to applicants. The Earn Together pilot, the Country of Masters and an integrated approach to career support is one of such initiatives. Following the results of these pilots, the best practices will be used throughout the country," Elena Mukhtiyarova, Deputy Minister of Labor and Social Protection of Russia, said.