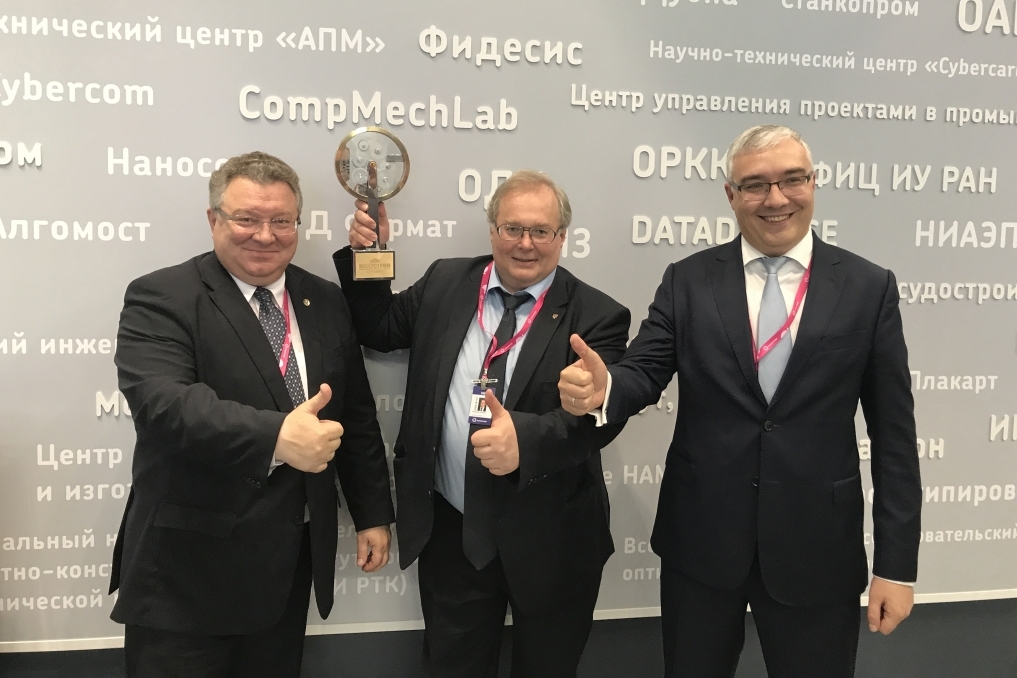 The National Industrial Award “Industry” was given to the Computational Mechanics Laboratory (CompMechLab) from Saint Petersburg, who developed CML-Bench™, a management system in the field of computer engineering. The results of the award were summed up on July 10 at the International Trade Fair Innoprom 2017 in Yekaterinburg.

The system simplifies the processing of data arrays, accelerates engineering calculations, collection, cataloging of models and computation options, as explained by Aleksey Borovkov, co-director of the working group on advanced production technology TechNet (a cross-market direction) within the National Technology Initiative (NTI).

CML-Bench™ is a client-server web application, consisting of a user interface, a server part, a database management system, and a solver service.

“This is a cross-industry digital platform that can operate in different industries. It helps to develop in the shortest possible time the products of a new generation that are competitive in global markets,” Aleksey Borovkov said.

According to him, this development should become an integral part of the digital economy and will be widely applied in high-tech industries. “Over 250 specialists are working on different project worldwide through this system, for example, in Germany or China. This is an element of the design of the future, which can significantly reduce the volume of full-scale tests,” Aleksey Borovkov stated.

The “Industry” Award is the single interindustry government award. In 2017, it will be given for the fourth time. From the very beginning, the award is presented by the Chairman of the Government of the Russian Federation Dmitry Medvedev. The “INDUSTRY” Award Board is headed by Denis Manturov, Minister of Industry and Trade. This year, 69 Russian companies were included in the award long list, having presented their high-quality products and technologies in various sectors: light industry, aviation, mechanical engineering, electric power industry, industrial internet of things, AR and VR technologies, service robotics, and others.