Armenia, Belarus, Kazakhstan, and Russia signed a declaration on the establishment of the WorldSkills Eurasia partnership 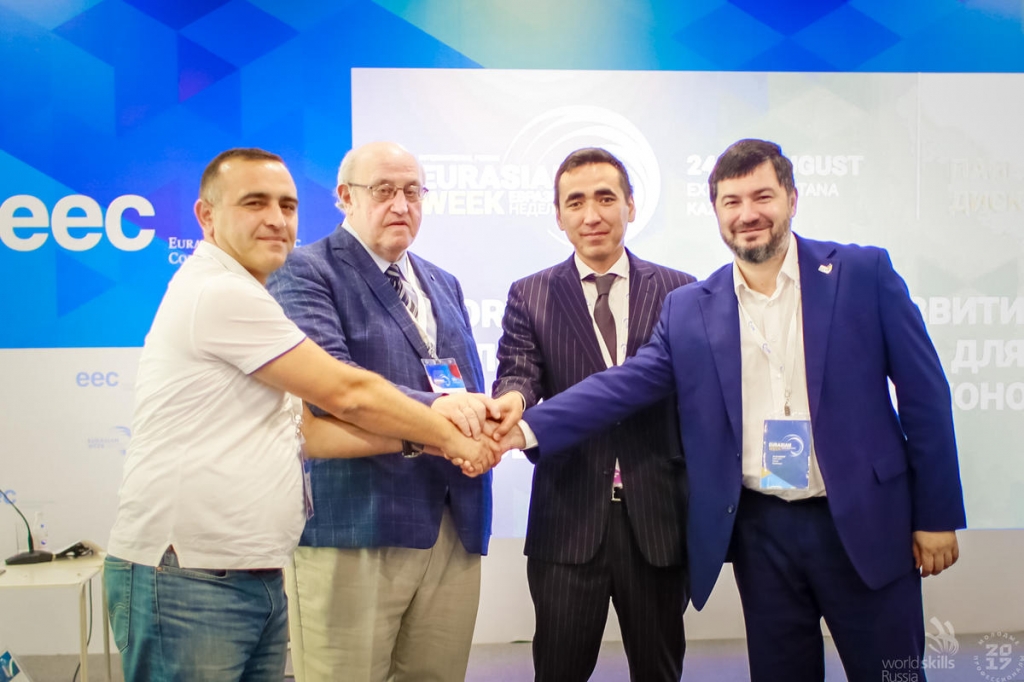 Armenia, Belarus, Kazakhstan, and Russia will combine their efforts for cooperation in the field of human resources development in the Eurasian space countries. This is stated in the declaration on the establishment of the WorldSkills Eurasia partnership, which was signed by representatives of WorldSkills national operators in Armenia, Belarus, Kazakhstan, and Russia during the Eurasian Week International Forum in Astana on August 25, 2017.

The document was signed in the presence of Simon Bartley, the WorldSkills International’s Chairman. “The member countries intend to form a program of cooperation for the development of professional skills and human resources in the Eurasian space. Intercountry championships will be an effective tool for building such a program based on the WorldSkills methods and standards,” Simon Bartley commented on signing the declaration.

Besides the declaration, the countries signed a more detailed agreement on cooperation. In particular, it is planned to introduce a single professional skills evaluation system, which will be recognized in the territory of all countries, as well as to forecast the “dying” professions and professions of the future as part of the Russian FutureSkills movement, according to the website of the Young Professionals (WorldSkills Russia).

Today, the international organization of WorldSkills includes five macroregional associations – Americas, ASEAN, GCC, Oceania and Europe – WorldSkills Eurasia will be the sixth one.