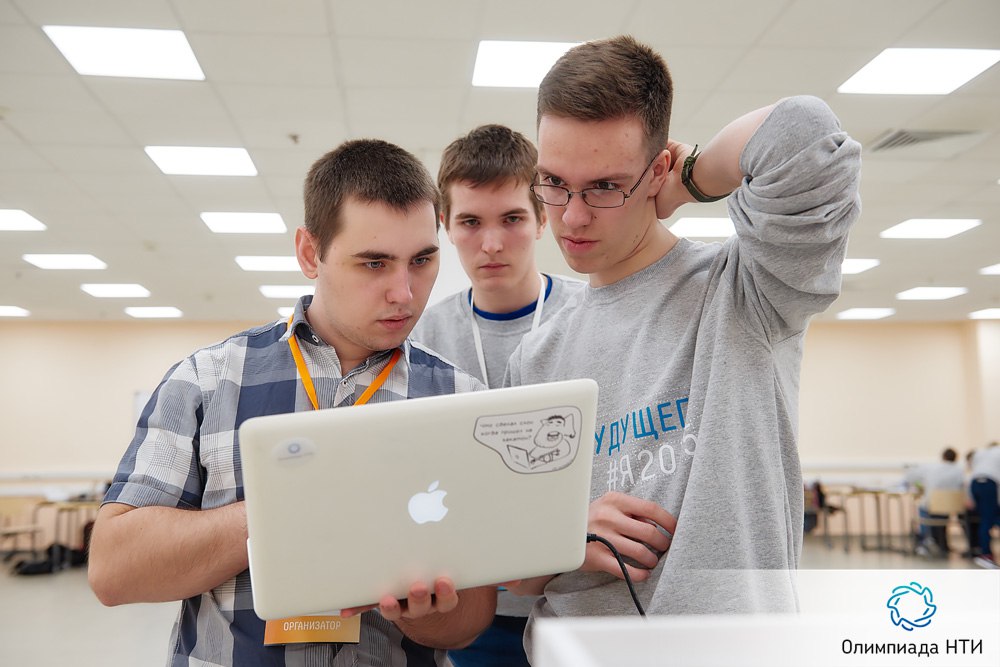 The Organizing Committee of the National Technology Initiative Olympiad (NTI Olympiad) approved 5 new profiles of the competition. The relevant decision was adopted on August 31 at the meeting held in the ASI’s co-working space “Boiling Point” in Moscow. Today the NTI Olympiad includes 17 profiles, in 9 of which the 2018 winners and awardees will have privileges for admission to Russian engineering universities.

“The increase in the number of profiles is due to the expansion of the Olympiad’s topics. We need to expand them to make our initiative known in the regions, including remote parts of the country. Children will gain more knowledge about the professions of the future and the NTI markets. At the same time, the quality of winners and prize winners will be improved, who will enter the leading technical universities of the country,” Aleksey Fedoseev, the Head of the NTI Olympiad’s Organizing Committee told the editorial board of the ASI’s website.

In the new academic year, the list of the NTI Olympiad profile will additionally include:

The profile is related to production of materials with special structural and functional properties, including “smart” materials, the physical and chemical properties of which change under the influence of external factors, manufacture of detectors and sensors on their basis. In the final, a team of 3–4 schoolchildren is to obtain an active substance by chemical synthesis, study its properties and design a sensor and a system demonstrating the same.

The profile corresponds to the NTI’s AeroNet, AutoNet, EnergyNet, MariNet, and TechNet markets.

The task for this year is called “Machines that create machines”. The profile is related to digital production: development, prototyping and manufacture of technology products. In the final, children are to design a milling machine using 3D technologies, and print it on a 3D printer in order to cut out an electronic card using this device. They will need to program the card to demonstrate its operability. “During the Olympiad, we intend to launch a profile related to manufacturing, for the children to be able to practically apply their mathematical, engineering abilities, knowledge of physics,” Polina Dyatlova, the Director of the University’s Fab Lab, said. “We are ready to hold the final competitions at the site of the Saint Petersburg Polytechnic University.”

The profile corresponds to the NIT’s TechNet market.

The profile is about financial industry, telecommunications and information security: to mobile devices which allow you to carry out banking operations without visiting the bank’s office; to peer to peer technologies which accelerate the launch of new projects through crowdfunding campaigns, thus replacing insurance and credit organizations; to personal assistant programs which are able to act as financial consultants, etc.

In the final, schoolchildren will be invited to look into the near future, when the country’s roads will be flooded with electric vehicles. Time to charge a car becomes critical, and the only solution to the problem will be automated service centers for batteries replacement. To protect against counterfeiting, they need to create a decentralized application at the intersection of blockchain and Internet-of-Things technologies to ensure interaction between battery manufacturers for electric vehicles, service centers providing fast replacement of batteries, and electric vehicles. The teams are to develop a solution to provide counterfeit checks for replaceable batteries, confirming the declared quality and the current wear and tear.

The profile corresponds to the NIT’s FinNet and SafeNet markets.

The profile involves holding hackathons on blockchain and virtual reality technologies. Within a few days, the Olympiad participants are to conceive and develop an educational content in the area of virtual, augmented reality and blockchain and present the same to the jury. “This should be a virtual solution which can be applied in the educational process, in the system of educational infrastructure,” Roman Povolotsky, the Leader of the Cyber Russia project, explained. “We consider several sites for holding the final contests: the Far East Federal University, the Skolkovo Institute of Science and Technology (SkolTech), and Innopolis.”

The profile corresponds to the NIT’s NeuroNet market.

The profile is associated with underwater robotics – development, production, and operation of unmanned underwater vehicles. At the final stage of the competition, the teams will be invited to assembly two underwater robots that must pass a distance, being oriented by underwater objects, as well as to develop their own device for communication between the robots.

The profile corresponds to the NIT’s MariNet market.

The NTI Olympiad Organizing Committee approved the schedule of qualifying and final rounds. The registration for participation in the profiles was started on September 1 and will last until October 31, 2017.

Schoolchildren have 3 attempts to school subject problems to be admitted to the Olympiad. The second qualifying round will take place from November 5 to December 5, 2017, where the participants are to team up and solve interdisciplinary tasks. From February 24 to 28, 2017, in the NTI Olympiad final, the Sirius Educational Center will host competitions in 9 profiles. The remaining finals in 8 profiles will be held on partners’ sites on March 1 to 31.

“We decided to hold the final round at several venues, because the Sirius Educational Center, which hosted the competitions two previous years, will not be able to accommodate all the participants. Our new partners include universities such as SkolTech, the Urals Federal University, the Bauman Moscow State Technical University,” Aleksey Fedoseev said.

The Olympiad of the National Technology Initiative (NTI – program of global technological leadership of Russia by 2035) is the first all-Russian team engineering competition which includes two rounds: the qualifying online round and the final. During the qualifying rounds, schoolchildren solve problems in school subjects – Informatics, Mathematics, Chemistry, Biology, and Physics – and perform engineering and design jobs. In the final, the participants independently assembly, program and launch devices and complex engineering systems.

The NTI Olympiad is supported by the Agency for Strategic Initiatives (ASI) and the Russian Venture Company (RVC). Equipment for the Olympiad on-site final is developed by Russian technological companies, scientific institutes and laboratories.