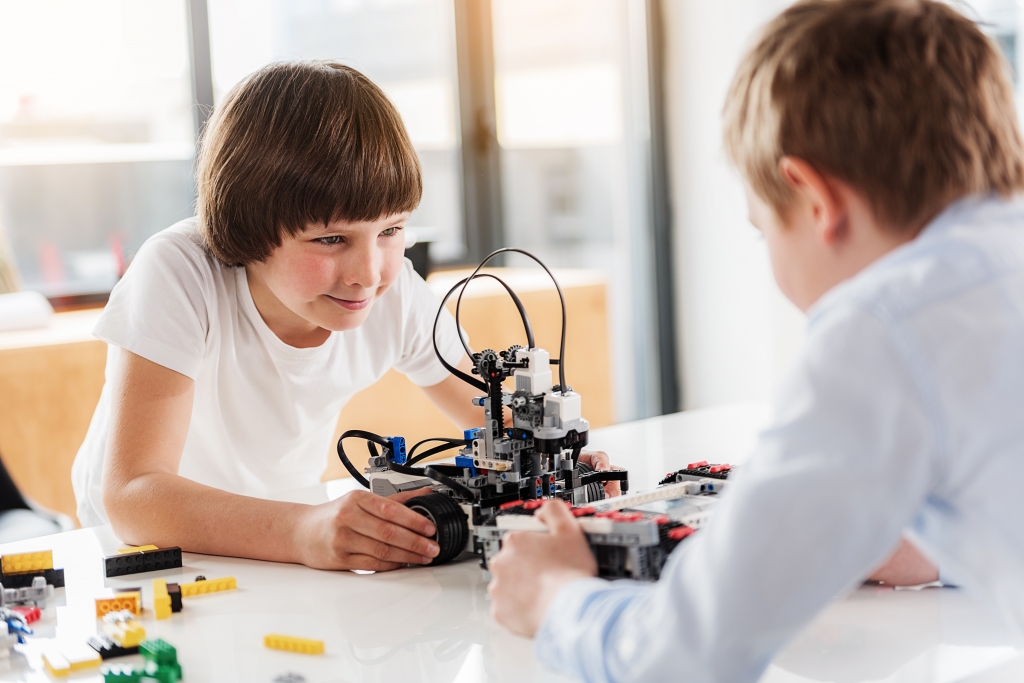 First Russian children’s technological accelerator Andromeda activespace, promoting best educational practices for children from 7 to 17 years old, was opened at GrowUp co-working site in Kazan on October 15. Agreement with the accelerator was concluded by ASI leaders’ projects - “ROBBO” (teaching of robotic technologies with the use of open software and hardware), Codewards, Algorithmics (complex platforms for the edutainment of children in basic programming) and RoboLAB (robot construction program). This information was provided to asi.ru by Konstantin Korolev, head for development, co-working of Bekar Asset Management Group, which launched Andromeda activespace accelerator.

Konstantin Korolev noted that the accelerator will help schoolchildren prepare for NTI Olympiad. “Professions related to programming IT systems, dealing with large databases and developing artificial intelligence will become much-in-demand in comparison with the others,” believes the organizer of Andromeda activespace.

According to him, before the end of 2017, GrowUp co-working platform will open another 10 educational practices.

Within 2018, the authors of the accelerator plan to launch another 5 similar centers dealing with distribution of ASI leaders’ projects in other regions of Russia.

In October 2017, accelerator works in the form of pilot lessons, during which children are introduced to ASI projects. Children learn while playing. For example, at robotic technology lessons participants study basic programming and 3D prototyping. With the help of the tutors, children create their first prototypes and then print them using a 3D printer. Programming lessons are unified by a common subject line, students are educated at a special on-line platform. At the end of each study module, children create their own project – a video game, a cartoon, an interactive book.

“We supported the accelerator’s concept, which was earlier presented at the school of leaders of ASI projects. GrowUp unites at one site everything which can attract children in the sphere of technical creativity. That is why ROBBO takes part in the project in the framework of support of robotic technology course for the educational institutions of further education and children’s developing centers,” explained Pavel Frolov, ROBBO CEO.

He considers that Tatarstan is a prospective market for the development of the company. “Our equipment is installed in three schools and seven clubs of robotic technologies in Kazan. I see the capital of the Republic has the potential for 11 ROBBO clubs to be launched, and in general, there are 2,000 schools in Tatarstan where we would like to open engineering innovative classes on the basis of ROBBO equipment, to introduce modern technologies into the school education,” said Pavel Frolov.

Maksim Voloshin, General Director of Codewards, also called Tatarstan a successful platform for distribution of education projects for children. “The role of advanced IT cluster in the country is well-recognized in the Republic, and they do everything possible to provide efficient development of this direction. We have arranged cooperation with the government, ministries of education and communication of the Republic, and within the current year Codewards education program will be introduced into more than 40 schools, and more than 1,000 children will be engaged in the course,” said Maksim Voloshin.

Andromeda activespace is a center of modern and future competencies for children on the basis of best leadership practices, which undergone examination and selection in the Agency for Strategic Initiatives (ASI). The accelerator is aimed at popularization of scientific and technical creativity and technological entrepreneurship among parents, children and teenagers aged 7 to 17.

Methods of the projects used in the accelerator are developed by the leading teachers of Lomonosov Moscow State University, Moscow Institute of Physics and Technology, Bauman Moscow State Technical University.